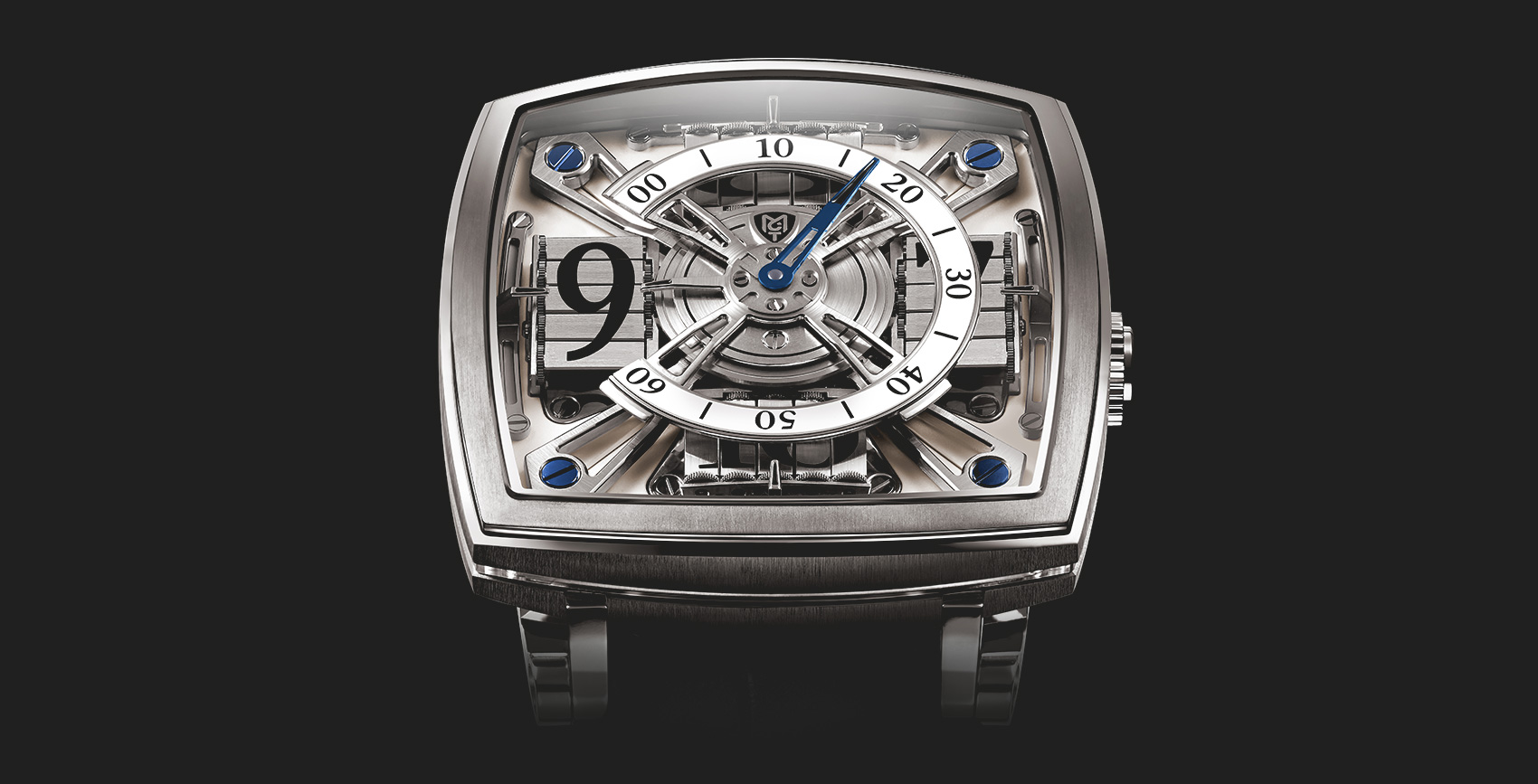 In these new limited edition S110 EVO models, the signature features of the MCT-S1.0 movement contrast with an unexpected backdrop, namely the velvety appearance of the dial in either black or champagne. The matte finish of the surface is further accentuated by the polished beveling of the cross-shaped bridge’s edge. As a result, the parts of the movement contrast with the dial, creating an exceptional play of light.

On the back of the Sequential One - S110, the sapphire crystal reveals the movement, which has also been redesigned. It is remarkably finished with the Côtes de Genève motif and further embellished by the hand-finished chamfered bridges.

This luxury timepiece has an original hand-wound movement that presents a unique revolving retrograde central minute disc paired with oversized hour markers on triangular shutters. Four modules display the hours by way of five triangular prisms, which pivot to reveal the time. When the minute hand approaches six on the sapphire dial, the prisms directly opposite the indicated hour begin slowly rotating clockwise, gradually revealing the next hour numeral. The central minute disc turns successively 90° counterclockwise each hour to display the new time.

The MCT-S1.0 caliber movement was designed, developed and perfected in-house by MCT. The company’s vertical integration strategy showcases flexibility and product know-how which, combined with creative talent, give MCT the opportunity for continuous innovation.

The cushion-shaped case, a veritable signature of the brand, is crafted from grade 5 titanium, with DLC coating for the anthracite version. A sapphire insert brings light to the center of the movement, revealing the details of the micro-mechanical finishes. The lugs are meticulously designed to uphold the harmony of the watch and to ensure ergonomic comfort. 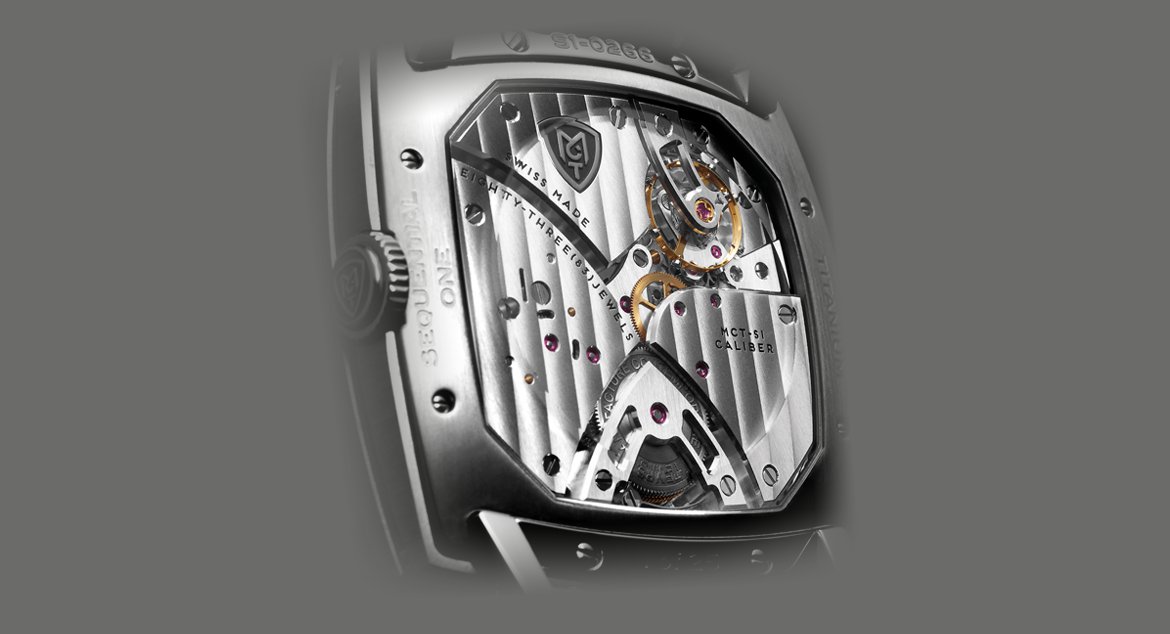 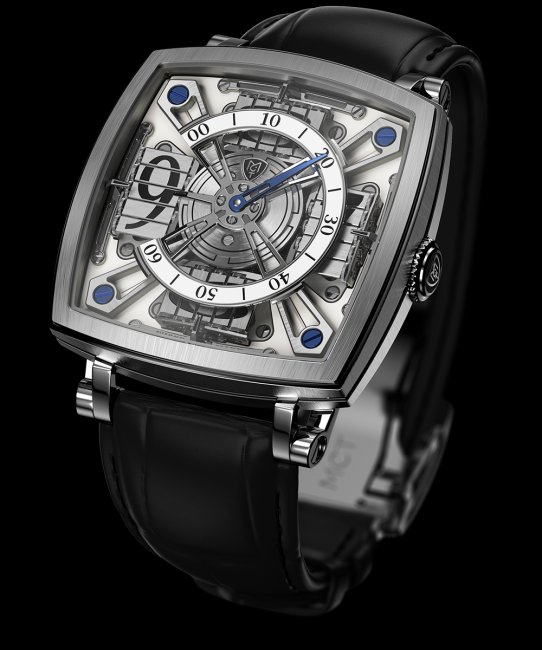 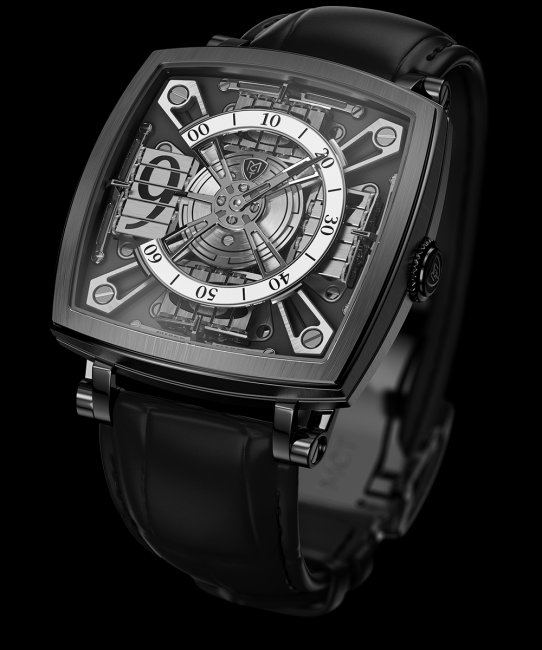 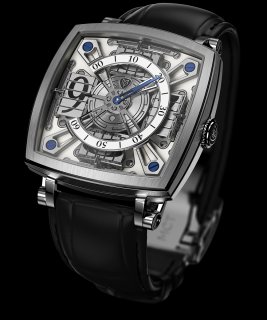 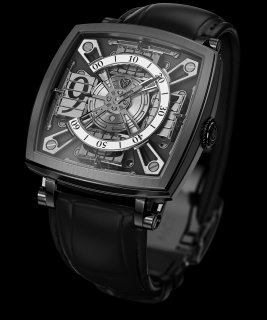 Sequential indication of the hour on prisms. Minutes indication on a jumping rotating sector.

Hours: made of 4 modules composed of 5 triangular prisms each.
Minutes: rotating minutes dial.